I play this one on 2 different Videos:

Originally composed as an instrumental following the traditional 32-bar format and first recorded for Garner's 1955 album Contrasts, the tune was later paired with lyrics by Johnny Burke and became the signature song of Johnny Mathis, appearing on his 1959 album Heavenly and reaching #12 on the U.S. Pop Singles chart later that year.

This arrangement is 8 pages. It's a mix between my 2 videos and the improv., is from the first video I published. 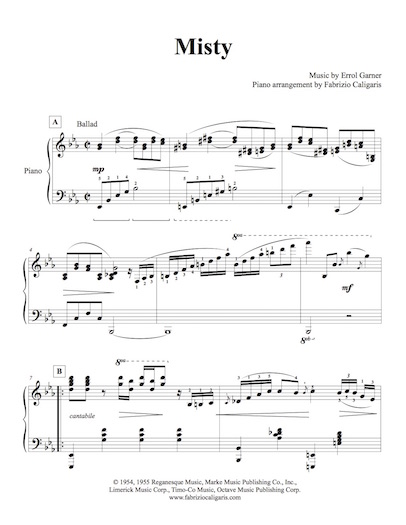