The film score was composed by Ennio Morricone and his son, Andrea, marking the beginning of a collaboration between Tornatore and Morricone that lasted until Morricone's death in 2020.

This piano arrangement is 4 pages. 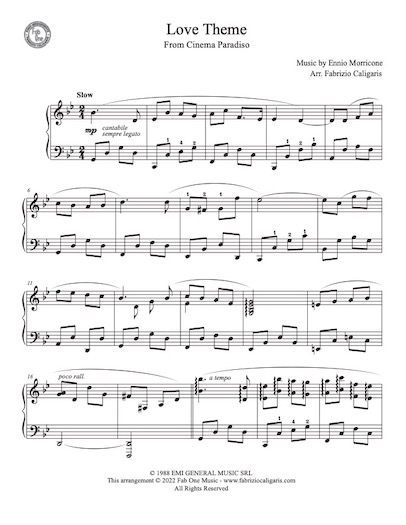