"Julia" is a song by the Beatles, but performed as a solo work by John Lennon. The song was written by Lennon (though credited to Lennon–McCartney) regarding his mother Julia Lennon, who died in 1958 at age 44.

The track is the final song on side two (disc one on CD) of the band's 1968 double album, The Beatles (also known as "White Album") and was the last song recorded for the album.

My piano rendition is 4 pages. 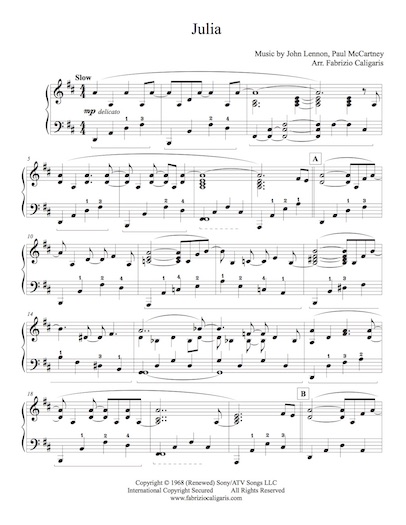