The Greatest Love Of All

Originally recorded by George Benson for the 1977 Muhammad Ali biopic The Greatest. (A live version by Benson appears on 1978's Weekend in L.A.)

The song was further popularized by Whitney Houston under the title "Greatest Love of All". The song was recorded by the American recording artist for her debut album, self-titled Whitney Houston, which was released in February 1985, by Arista Records. 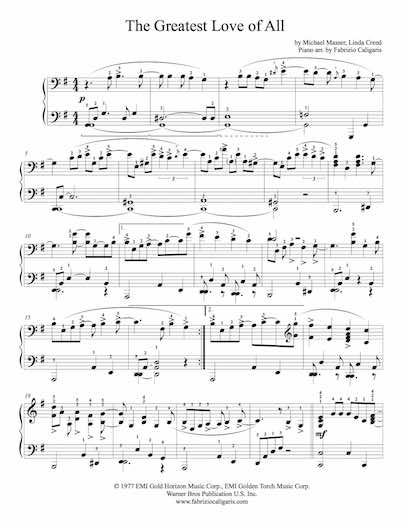