Song by the Beatles, released on the 1966 album Revolver and as a 45 rpm single. It was written by Paul McCartney, and credited to Lennon–McCartney.

Inside the .zip you will find two different files:

Eleanor Rigby.pdf it’s the version that I played on my first youtube video: https://youtu.be/0wovMOmG5TI

Eleanor Rigby 2.pdf it’s the version that I played on the tutorial video: https://youtu.be/f3O5cbYbv30, containing a different harmonic solution, closer to the original recording by The Beatles. 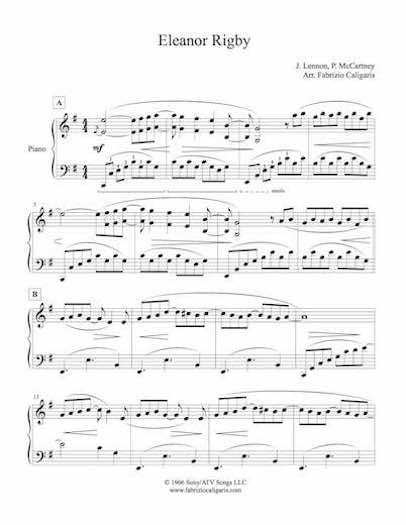